Getting Back Into Skiing

Can you get back into skiing after two hip replacements and herniated discs?

These days I’m busy helping a client of mine who is a passionate skier. He has had 2 hip replacements over the past 3 years and recently a herniated disc in the lower back. He wants to go skiing again so badly. We don’t live in the same country and usually I make his programs and send them to him but after the herniated disc, I wanted to come see him do the exercises and see just how far we could push it.

I have a feeling we might just get him skiing this winter but it has been a long way in the making. We first started a year and half after his first hip surgery. He was not in bad shape but he had struggled with that hip since the surgery and still couldn’t ski. He had started getting a lot pain in the other hip and the plan was to see if by stabilizing the hip and changing some compensation patterns, we could avoid surgery on that second hip.

We managed to strengthen around the hips before ski season, but after 2 days of skiing it was clear that while the operated hip was now good enough, he had to have hip replacement on the other hip as well.

This time he started from a good place though, with muscular strength and balance. This allowed us to begin training his strength as soon as we had the okay from the surgeon and without too much of a set-back. The surgery went well with no complications and we made progress week by week for 6 months with still 3 months to go before ski season.

Then I got a message. He had herniated a disc doing yoga (not part of the plan, I’d like to add…) with pain and immobility so bad that surgery was needed. Here we go again !

Some people might have given up here – or before. But I have seen people come back from these things with the right training – and I have experienced those set-backs and comebacks myself many times. So what do we do ? Well, we don’t give up 🙂

It takes a lot of dedication and believing in the power of the body to heal and adapt to training. But if we commit – and we have a good clue of what to do – it is incredible what we can come back from. (if you want an extreme and very motivating and thrilling example of this, you can listen to my podcast episode with former freeride skier, Matt Harlow Wetschler. His journey is unlike any This episode is part of the Athlete Story podcast that I run).

Day by day, session by session, investing in this power. Taking note of the little improvements. And keep at it. From moving like a robot with apprehension and compensation to freeing up the body to move the way we want it to – or as close to as possible.

It is so satisfying to be able to help people get their bodies back and get free to move.

Maybe you have similar physical issues preventing you from doing what you love most.

So believe and invest in the body’s power to heal and adapt to training. Find a good professional to help you, and make it happen by taking those little consistent steps that will take you in the right direction. Take that power. It is the most reliable power we have.

Send me a message or start by checking out this free checklist with 6 Simple Tips to Effective Ski Training here.

Enjoy your training and reap the benefits ! 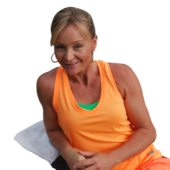 My personal experience with back pain